Grits of a sandpaper can be a confusing topic. Hopefully, the following article with the included graphic will help illuminate the subject.

To begin, there are 2 common standards in sandpaper grit indications: Coated Abrasive Manufacturers Institute (CAMI) and Federation of European Producers of Abrasives (FEPA). FEPA grit designation is preceded with the capital-letter “P”, and the abrasive particle sizes are indicated as slightly bigger in grit size than the same CAMI designation.  Majority of the market has adopted the FEPA designation (PAC COM also).

Let’s break down the range of grits and what types of projects best suit them:
Grits between 36 to 100 are good for removing materials (paint, varnish, rust, flaws on wood, and shaping wood). These grits are well-suited for working with power sanders.
Grits between 100 to 180 are generally used for preparing bare surfaces for finishes. It is intended for smoothingwork pieces, removing scratches, and for final preparations for finishing. They can also be used for both hand and power sanding. For sanding bare wood, 180-grit will generally result in a surface that looks and feels perfectly smooth and is ready for a finishing touch.  Grits in the range of 180 to 320 are mainly for finishing purposes, removing raised wood grains and scuffing between finishing coats.

Generally, it is prudent to use several grit sizes during sanding projects, starting with lower-number grits and moving up the scale to higher grits. Each increase in grit removes scratches from the previous, creating an increasingly smooth surface.

Even though it is tempting to “skip” a grit to save time and sandpaper, it’s not a good idea. While it is possible to remove the scratches left by a lower grit sandpaper with a much higher grit, it will require more effort than using a mid-grit sandpaper first. Also, the finer sandpaper will wear out faster, leading to a waste of material. 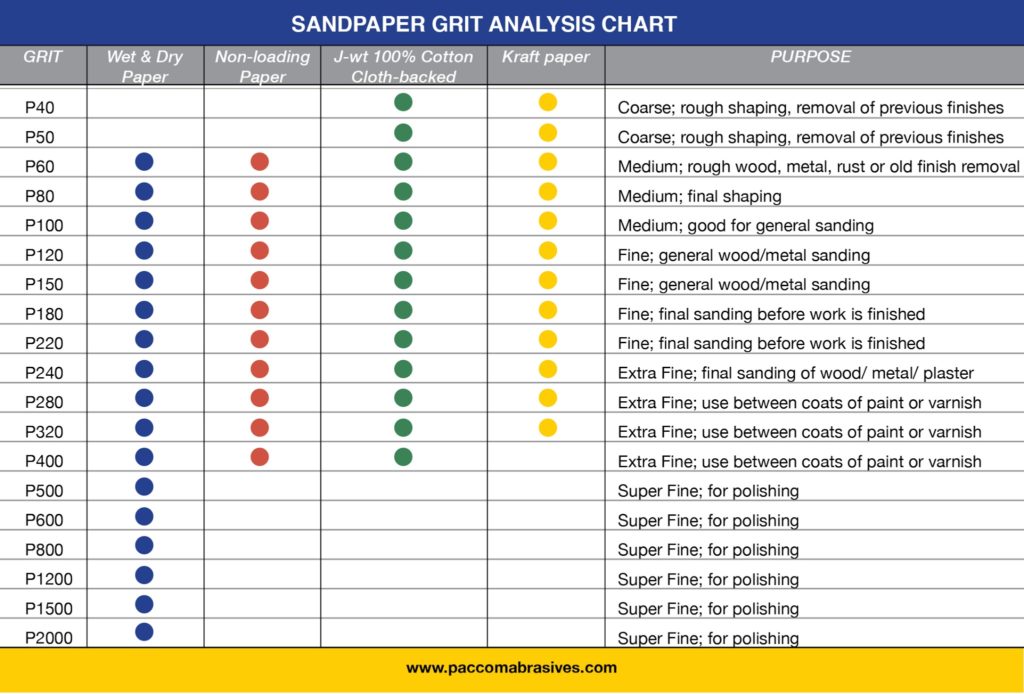